CT Art Fair on the slab 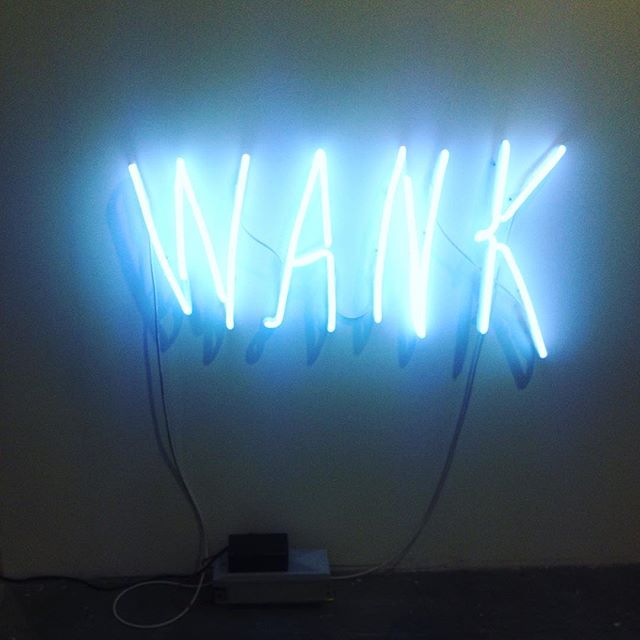 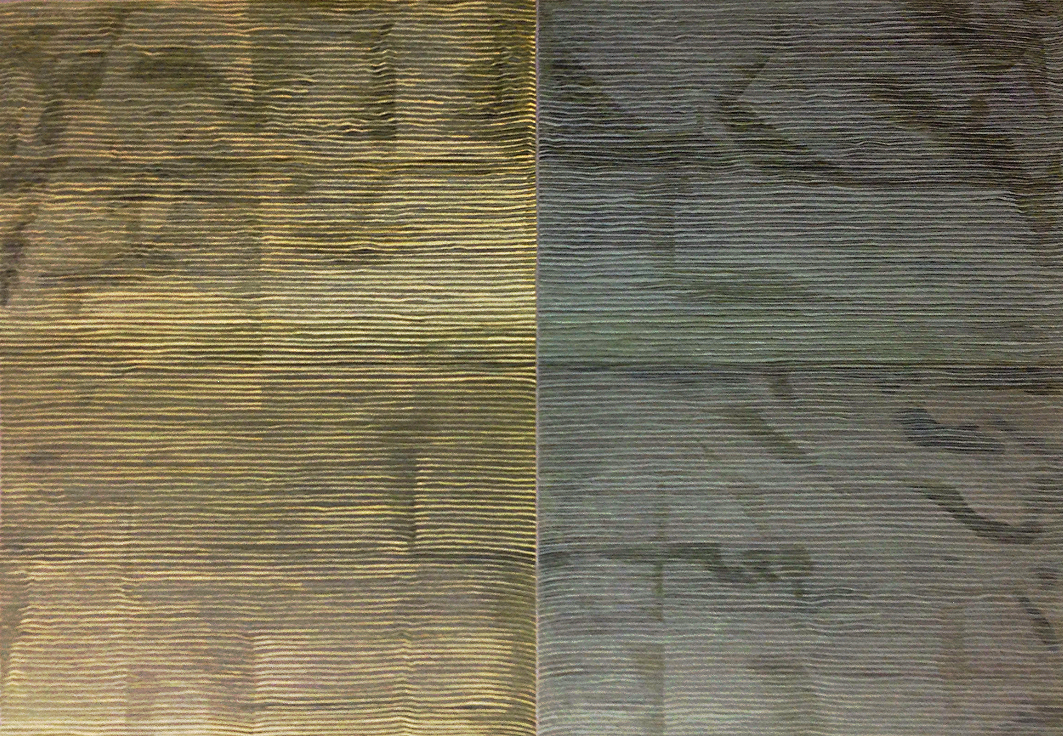 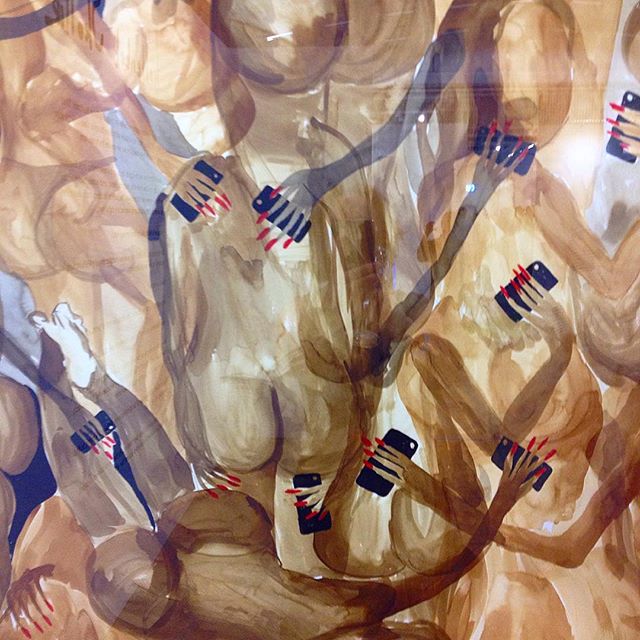 What makes a ‘good’ art fair? This is not a question I have posed to myself, as I most often work from the premise that they cannot be ‘good’ or ‘bad’ because it would be pointless to apply any form of judgement to an event where its only measure of success even in art terms is tied to the sales figures at the conclusion. This could of course be said of any commercial exhibition, where the ‘success’ of the show might be reflected via the accumulation or absence of red dots. However, in the context of an exhibition, there is a discernable ‘body’ or statement that can be weighed in on and the sales at the end are only a reflection of the viewer’s perception of the value of that ‘body’. This is not the case with art fairs.

What is this ‘body’ that the art fair presents? There are small curated stands, featured artists and the like presenting a little flesh for the critic to pick at, but they are distractions from the real business of the art fair to some degree. If I stick with this body analogy in relation to the fair, these sorts of stands could be considered to be the fingers or toes – the touchy, feely extremities used to tickle and create connections with viewers.

At the Cape Town Art Fair (CTAF) this year this came in the form of two stands embracing juxtaposing art ‘periods’: the Past/Modern and Tomorrow/Today. These remained commercial stands and embracing the art fair model, present discrete stands belonging to different galleries. In this way Smac Gallery for example, used their stand in this area to show a collection of period works and galleries such as Johans Borman Fine Art, who are known for dealing in 20th Century work were accommodated in this area only. This Past/Modern idea presented a sly way of presenting works that would not fit into the rest of the fair so easily and with a special carpet covering the area, the (perceived) value of the works was enhanced. Is this is what it has come to – special carpets for valuable art? It was a bit of spatial (or décor) practice pinched from museum culture. Pity there was no other museum rigour in operation, pulling the exhibit together into a tighter show that was a little more descriptive than “past/modern”.

This is the thing with art fairs – the display mimicks other kinds of art events but in a very diluted hyper commercial manner. So it looks like something meatier than it actually is. Like the Tomorrow/Today stands – which ostensibly was designed to act as a platform for art from the continent – the new holy grail in the art world. Unfortunately, this remains an elusive goal; the stands that stood out were produced by locals, Kyle Morland and Lady Skollie. Exactly, why after the cold reception of ruby onyinyechi amanze’s (all lower case people ‘cos that is how she rolls) show at the Goodman Gallery in Joburg her work was showcased at the fair is anyone’s guess – a curator who maybe selects art via email?

It was a surprise to see that the Stevenson Gallery had taken a stand in the Past/Modern area and more amusing to discover that they were presenting Steven Cohen as a live relic with a guest appearance by the artist on the opening night. In a way it was a relief to see that the gallery has come to terms with the fact that Cohen and the ‘tenets’ (he has them) of his practice is of another era. This was driven home to me when I recently found myself cringing at Cohen’s unconscionable gall in parading his white privilege in a township setting in the Chandelier performance work, now on show at the SA National Gallery as part of Haydn Proud’s predictable exhibition on local art (that is another story worth tackling). Cohen wants to make his audience cringe, but when you cringe because you can perceive the artist’s blinkered ego at work it is not good. Whatever the politics surrounding that work, the titular chandelier and shoes from the exhibition were on show, as was the artist – clothed. Had he been paid to wear clothing? Not perform? Did he refuse to perform, or was he performing himself in an outfit that brought the Joker to mind? Whatever was at work, it made me cringe. Again. I would have much preferred to see Cohen reperforming Le Coq/cock in front of Ed Young’s Wank.

The ‘body’ of the art fair is a physical body, a structure. If I was ever in any doubt of this then the conversations I had with gallerists, artists and the like bared this out with everyone commenting on the venue, the Cape Town International Conference Centre, which was a vast improvement. Last year the Cape Town Art Fair was a discombobulated one in all senses; with some of the prominent commercial galleries trading from a ropey tent with a patchy floor at the V&A Waterfront. A “mature” fair, as everyone keeps referring to it, has a particular appearance: uniform concrete floors (that exude the industrial aesthetic that we associate with ‘art’). Spacious stands that are not cluttered with art is de rigour – salon style is out people (That Art Fair take note).

A large visual spectacle somewhere is a MUST. Scale and colour is everything here: it is like communicating to grade school children. CTAF had a massive ‘ball’ at the exit, which fulfilled this brief – I have no idea who created it. A themed bar, possibly designed by an artist is also on the list – That Art Fair roped in the uber fashionable Lady Skollie to do theirs. CTAF might have ran out of money – they don’t have a sponsor. Imagine what Matthew Partridge, the new director, could do with a big sponsorship deal? It could look just like the Joburg Art Fair.

This might not be a good thing; JAF has turned into a bit of an art circus; too many things going on to prove they are really interested in “developing art”. This is probably the defining feature of art fairs in South Africa – the organisers never really want to admit that they sell art. Actually, if you really pare down what art fair owners/organisers do it is this: they sell property – space. They create a structure, a temporary physical one out of which people can sell art. Of course, they have to do other things to confer value on the property for which they charge, such as market the event and add some attractions, food, social cachet to it, some prestige. This is the body of the fair – the floor, the walls and the value the organisers are able to confer on it that would convince a gallerist to sell art in it. And a critic to write about it, goddammit.

A good art fair then, returning to my earlier question is one that generates good property – a decent physical structure that conforms to the now established model of what an art fair should look like. CTAF looked like an art fair, probably for the first time since its inception. It must have helped to have had a director who has been closely observing the model, former art writer Matthew Partridge, whose appointment as the director was met with skepticism from most art world insiders. Has he sold his soul to the devil? Probably. What choice did he have in the current climate in the media?

My top 7 works at the CTAF:

Truth is, there was not a whole lot of new work at the CTAF. It was awash with painting too – think I am tired of painting. Please stop painting.

1: I LOVED the bending instructions - a series of blue bars with lines and measurements - for Kyle Morland’s sculptures that were on display at his Tomorrow/Today stand. To see his sculpture flat, added another dimension (haha)

3: Lady Skollie’s Hottentot Venus series with those cellphone, social media, bum images. I know she is popular and liking her work is a no brainer, but there could be a reason everybody loves her.

4: Lien Botha’s Wonderboom photographic series at the Barnard Gallery stand where she documents the deconstruction or construction of a collage

5: Ed Young’s neon work 'Wank' at Smac Gallery. Do I have to explain?

6: A beautiful quiet textural work by Maja Marx at the Whatiftheworld stand called Pale – it disappeared after the first night so might have sold quickly!

Other artists who turned my head at the fair: Bronwyn Lace at Everard Read, Colleen Alborough at Seippel Gallery and Siphiwe Ndzube

Wim Botha's enlarged Pieta paintings at Stevenson Gallery. How unfortunate; did not work in isolation of the series or sculpture, but ultimately it was the scale that caused a form of distortion that was not pretty - bigger is not always better. Yes, you can charge more, but no.

Who are the weakest links in the art ecosystem chain?

How online art fairs are changing the art market